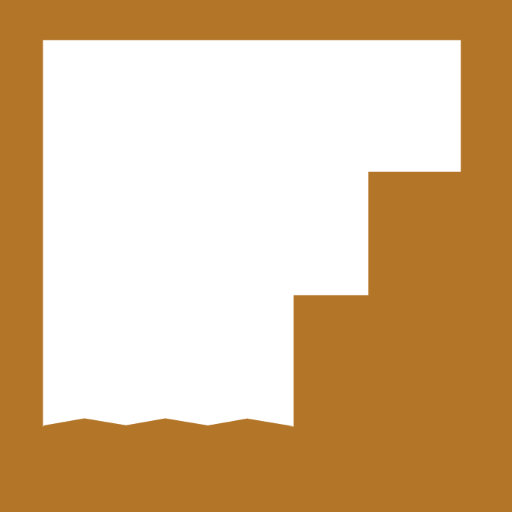 Waldorf aan de Werf is a school for everyone, a warm place where children feel safe. An inclusive school where we pay attention to eachother

A large part of the Amsterdam population has a dual cultural background. Our school wants to embrace all these cultures because everyone has their own unique story. We see that as an enrichment for our education. There is attention not only to the christian stories, Greek and Norse mythologies but also for the Islamic, and the similarities between the Old Testament, the Torah and the Koran. The school focuses not only on the Western but also on the Eastern and African stories and traditions. In addition to first-class French and English lessons, we are also exploring whether we can offer Mandarin or Arabic (MSA) lessons.

The famous annual festivals such as those celebrated at each Waldorf school will be extended to include other cultural festivals.Because we also find it important to add the philosophy of Ramadan (the sacrificial feast), divali and for example the Jewish feast of deciduous huts (soukot) to the curriculum of the school.

Our ambition is to establish a contemporary Waldorf school. A school that listens to the history of the area and therefore takes into account the wishes of original residents but also responds to the ideals of the new inhabitants and initiatives. We would like to include the entire port area and its adventurous history into the vision of the school. The energy that the NDSM area breathes will be important in the character of the school. The pioneering spirit, the malleability of the area and its inhabitants that connects all this. A school that likes to stay small and in which everyone feels closely involved: pupils, parents, employees and neighbours know each other and are committed to the school. Parental participation is important because ‘it takes a village to raise a child’. We want the parents to be around the students in this way as a virtual circle.

A school that is close to the Twiske nature reserve, so that connecting with nature can play a big part. A school that connects with the green initiatives in the district, such as NoordOogst and Puur Natuurtuin. Nature and its elements always have an important place in the Waldorf education but most schools are in the middle of the city. Our school will be able to distinguish itself more by its geographical location.

The school will settle in a meadow environment.This means there will many possibilities to let the children play. The Waldorf education is characterized by a lot of outdoor play, whatever the weather. Exercise promotes health and will remain an important part of education, both inside and outside of class.

One of the most physically visible developments in Waldorf education is the so-called ‘moving class’. The children no longer sit on a chair at a table, but they use pillows and sofas as furniture in the classroom. The moving class is a concept for class design that was first used by the Swedish teacher Pår Ahlbom.

The heavy wooden benches and sturdy cushions offer space to ‘moving learning’ mainly for the younger classes (1, 2 and sometimes also 3).After the course, the benches serve as a seat in the circle, the singing, the rhythm exercises and the instruction, the children independently convert the class into a driving or group set-up, after which they use the benches as tables and sit on the cushions.The indivdual process in lessons is no different than in a non-moving class. The children can easily work in their notebooks or work together in groups. When it’s time to clean up, the furniture is restored to a circle for the closing of the class in less than 2 minutes.

The moving class puts the children to work physically, both in and between classes. The conversion of the class is a moment of cooperation and ‘exhalation’ and the sturdy seat cushions require an active sitting position of the children while working.

The moving class in this day and age

How is it that in this time space has arisen for the moving class? Children move less and less. They play less outside, are often taken to school by car and often spend much of their free time behind a screen. The days when children played outside all afternoon after school are over. Fortunately there are more and more parents who protect children’s outdoor playtime, but it is the reality. On the other hand, more and more studies show that sitting too long is not healthy. ‘Sitting is the new smoking’ is said.

In the country of education, several schools do research into exercise and learning. It has recently been shown that children learn to automate better when they are allowed to exercise when learning. We’ve been seeing this in the Waldorf Schools for years. We stomp and clap for as long as it takes the children to dream the multiplication tables. The movement is substantively connected to the curriculum so that the children can experience and understand it through movement.

(this video was not made at our school)

“Every child has certain talents of their own. At a Waldorf school, children get help to find and develop these talents.”

What is Waldorf Education?

Watch this short video for an impression:

Waldorf schools (also known in the Netherlands as “free schools”) have been around for 100 years. The first Waldorf School was founded in 1919 in Stuttgart. Today they exist in more than 90 countries from Palestine to Peru and from Zanzibar to Sweden. Education is based on the question that every child unconsciously or consciously asks: what do I want, what can I do, what is my life goal and how do I become a good global citizen? Every person is unique, asks his own question and deserves his own answer.

With the Waldorf education, you choose a school where genuine commitment, attention, respect and an unbridled commitment are held in high regard and where everyone with an open heart is received.

We use an apprentice tracking system and the children do (Cito) tests. Because the children are taught many more skills than the standard skills in mainstream primary education, separate certificates are often given and the entire development of the child is discussed with the parents.

Teaching is parenting, which is the starting point of Waldorf education. The aim is to support the child in his overall development. In addition to learning to read, arithmetic and writing, the personality formation of the child also plays an important role. Both individually and in relation to his social environment. The school pays a lot of attention to celebrating annual celebrations, where the seasons are leading, and various cultural narratives are embraced.

The general human values of community spirit, respect, and compassion are central. They are stimulated as basic feelings in the lessons and in dealing with each other. The Waldorf education also assigns rhythm and rituals an important place. Learning with head, heart and hands: The school offers an integrated development of ’thinking’, ‘feeling’ and ‘wanting’ and strives in the course the balance between these three areas.

Children who have received Waldorf education are often characterized as creative thinkers and are very involved in the school. Research has shown that pupils continue to enjoy learning, even at the end and after school. In a rapidly changing society, this skill can come in handy.

Education can deepen and broaden horizons. At a Waldorf school, children learn the same things as in a regular elementary school, but more and more broadly. They not only learn basic skills such as reading, writing and arithmetic, but also learn foreign languages and dancing, acting, singing and painting. In addition, they work in the garden and there are celebrations.

The assumption is that children learn by doing. In all lessons there is movement, in the form of clapping, walking and dancing. The combination of cognitive activity and exercise ensures a better absorption of the teaching material.

From grade 1 (group 3) onwards, pupils receive lessons on one subject in each ‘educational period’. This happens for a number of weeks in the first two hours of the class day. Themes are deepened in content and approached from different angles. In this periodic education, subjects such as: astronomy, language, world history, crafts, arithmetic, Norwegian, Greek mythologies and stories from the Middle East, stone period, modelling and much more are covered. It also features the narrative character of the Waldorf education.

Waldorf education finds its basis in an anthroposophical human image that stems from a greater philosophy of life and philosophical movement; rudolf Steiner’s anthroposophy. The purpose of Waldorf education is not to give children a religious belief. Education evolves with modern times. Because educational form is also influenced by the time and society in which we live. A new generation of people keeps intellectual legacy developing. Education is therefore in full development and no Waldorf school is the same, although the solid foundation is recognized everywhere.

In addition to monitoring the quality of education by the Education Inspectorate, the board of the Geert Groote Schools in Amsterdam will ensure the more specific character of our initiative.